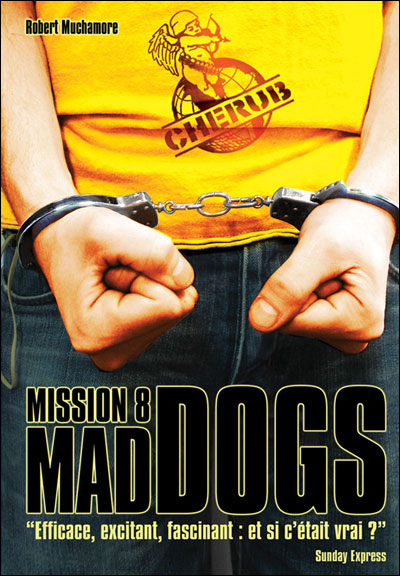 Hi Robert, the anecdote which explains the beginning of your career as an author is about a nephew who complained about finding nothing interesting to read. As a father of four children, do you write for a target audience that you like?
Yes, I always think very carefully about what my audience likes, and I even have a panel of trusted readers who I use to try out new ideas.

Did your experience as a detective give you a taste for writing with intrigue or the necessity for rigorous and structured writing?
Not really! There are such big differences between fiction and real life. For example, a police officer on TV is always running around, chasing people, doiing dramatic interrogations and other excitng stuff. But most police spend their time sitting in cars and filling in forms and doing boring stuff.
My job was much the same. If I’d based my books closely on the real life experience of a private investigator my readers would probably be asleep by the end of the first chapter!

Writing a saga requires much planning: do you keep huge notebooks filled with important details in your novels? How do you avoid getting mixed up?
I kind of wish that I had done. But with CHERUB I was a new writer, who was just trying to get his first book published. I didn’t make any notes and as a result I’m still disorganised! With Henderson’s Boys, I knew it was going to be a series from the start so I was much more organised and have proper notes and plans for the whole series.

Henderson’s Boys is intertwined with real history: do you think this makes fiction more exciting? 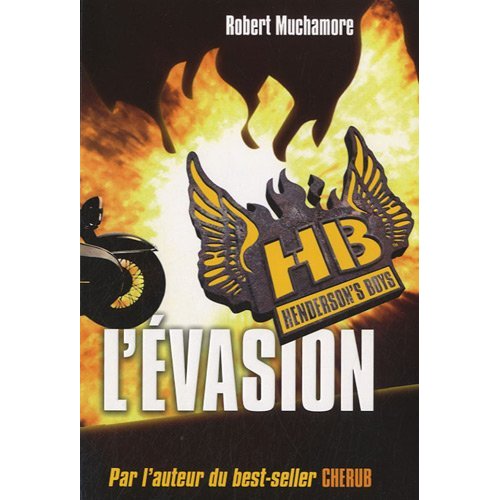 The Escape, the first volume of Henderson’s Boys’ trilogy, is rather violent for teenagers. Is telling history to teenagers through novels the best way to develop their awareness of it?
I’m very comfortable with the level of violence in my books. I think as long as you show that violence has real consequences it is not a problem. What I dislike is cartoon style violence where people just get killed or blown up and you never see what the effects are.

Quite quickly you seem to get rid of parents. You said in Le Monde that this was a way to free your little James Bond from constraints. Do you believe that adults quickly tend to stifle their kids, preventing them from blooming and revealing their personalities?
In real life, kids tend to be quite passive. Although every parent has a unique relationship with their child, I think most nurture their children and help to develop their talents. Fiction works by different rules. If every decision in my books had to be discussed with and approved by parents you would slow the stories down with detail that no kid wants to read.

Your novel does not use traditional Manichean plans. Certainly Nazis do torture but it is up to the readers to build their own opinion of the characters. Do you think this is why your books are so popular with teenagers? Have you found the key to their thinking?
I think very young children like to have clearly defined good and bad characters. With older kids, they find it more interesting if they have to work out for themselves who is right and wrong. A good example of this is the Charles Henderson character in Henderson’s Boys. Although he is the main adult character and in theory one of the good guys, he is prepared to do whatever it takes to help the allies win the war, and some of his actions are morally questionable.

Your website is very appealing, with secret codes needed to access it. Do you think you’re making reading fun? Are you a secret teacher? I think the web has huge appeal to the kids who read my books. I like to think of the websites not just as a way of promoting my books, but to have additional information on them too. Rather like the extras you sometimes get on a DVD.

In September, 2010, the volume 2, Eagle Day, will be available in bookshops. Will our heroes manage to cross to England?
That would be telling ! You’ll have to wait and see.

Do you try to promote reading amongst teenagers? Could you recommend a few other books for them?
One teen book I read recently and enjoyed a lot is The Hunger Games by Michelle Collins. I have no idea if it has been translated into French yet.

Do you feel that reading classics is something off-putting or indispensible for today’s teenagers? Do books aimed at youngsters provide the first step towards reading monumental literature?
I think you have to be very careful about introducting difficult texts to young readers. In Britan kids are often forced to read Shakespere at age 12 or 13. The language is difficult and the curriculum makes them study the text in detail for an entire term. As a young teenager I found this really boring and I’m sure it kills interest in reading for a lot of young people.